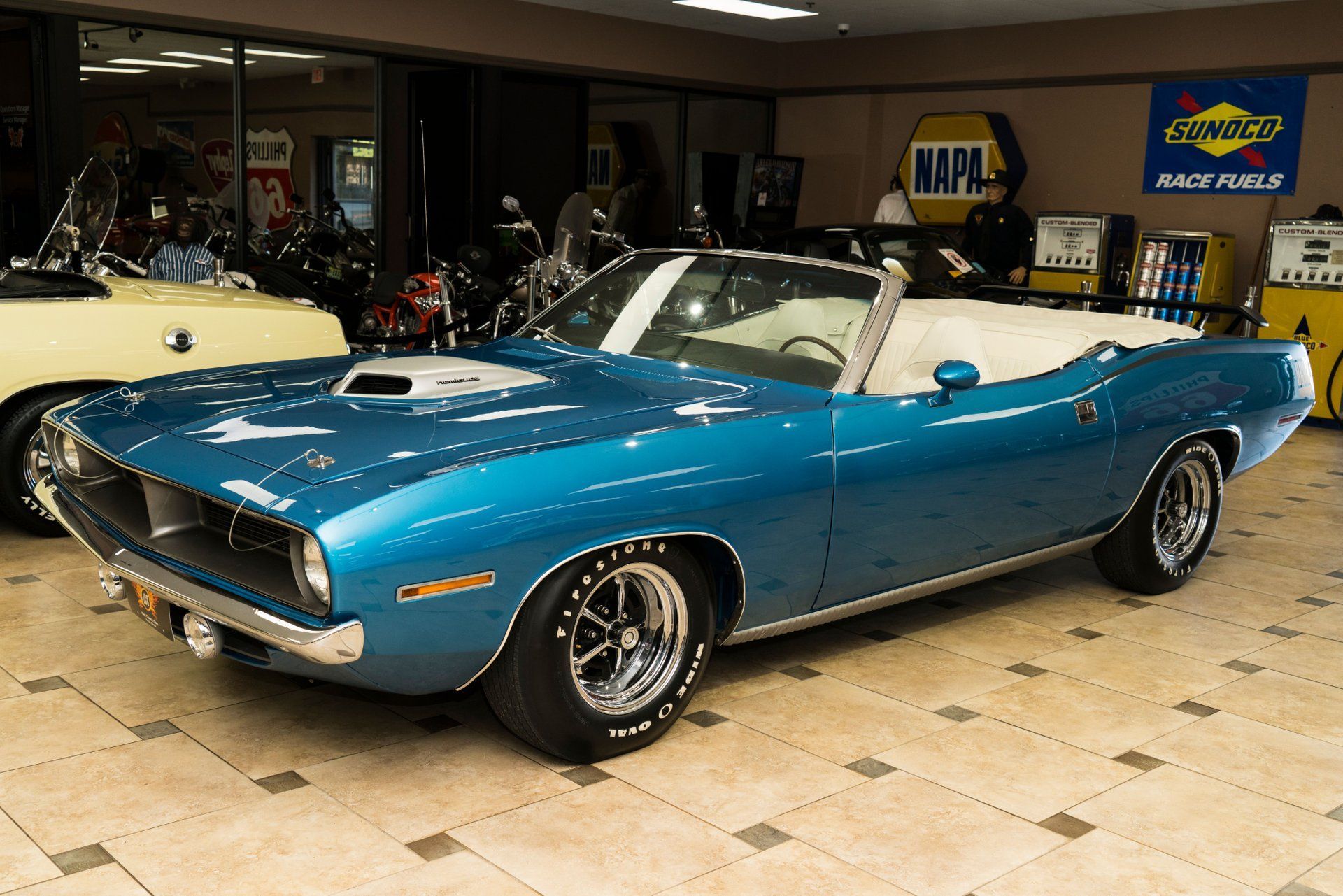 Which of these Mopars belong in your garage?

Is blue not your thing? Check out these orange muscle cars here.

The GTX were incredibly quick, but also invariably better equipped than most other muscle cars of the era, which makes good originals worth seeking out. Hemis are the rarest of the breed. This example is one of only 11 with the options it came with, including a 425-horsepower 426 Hemi engine with 2x4 barrel carburetors and 4-speed manual transmission.

The Challenger Hellcat represents one of the baddest modern muscle cars to date. It's so impressive that it's made Dodge performance converts out of other brand loyalists, including yours truely. With a growling exhaust and supercharger whine, the 707-horsepower Hellcat is an exceptional feat in American automotive engineering.

This gorgeous convertible example takes that uniquely sleek look to a whole new level. Under the hood is a beastly 426C.I. breathing through the highly desirable Shaker hood scoop and featuring upgrades such as MSD ignition and an aluminum radiator to help keep that powerplant running cool. The engine is connected to a heavy duty 4-speed manual transmission with a Pistol Grip shifter and drives the power to the rear wheels via the supremely strong Dana 60 rear axle.

This car is #9 of 68 Hemi Road Runners built at the Lynch Rd, MI Plant. Total 4-speed production was 234 cars, and less than 20 real 4-speeds exist. It has the original engine, carbs, alternator, starter, distributor, transmission and rear end, all numbers matching & date coded - a true gem.

Perhaps no other car captures the essence of Mopar Muscle than the Dodge Super Bee. Dodge and Plymouth began to engage in a bit of sibling rivalry as Dodge watched Plymouths success of the Road Runner, further more, Dodge had already coined the “road runner” name in a Coronet Ad for the 1967 model year but sister company Plymouth took off with the name plate. Dodge launched the Super Bee as a direct competitor to the Road Runner resulting in and inter-performance rivalry that created some of the best muscle cars known to man.