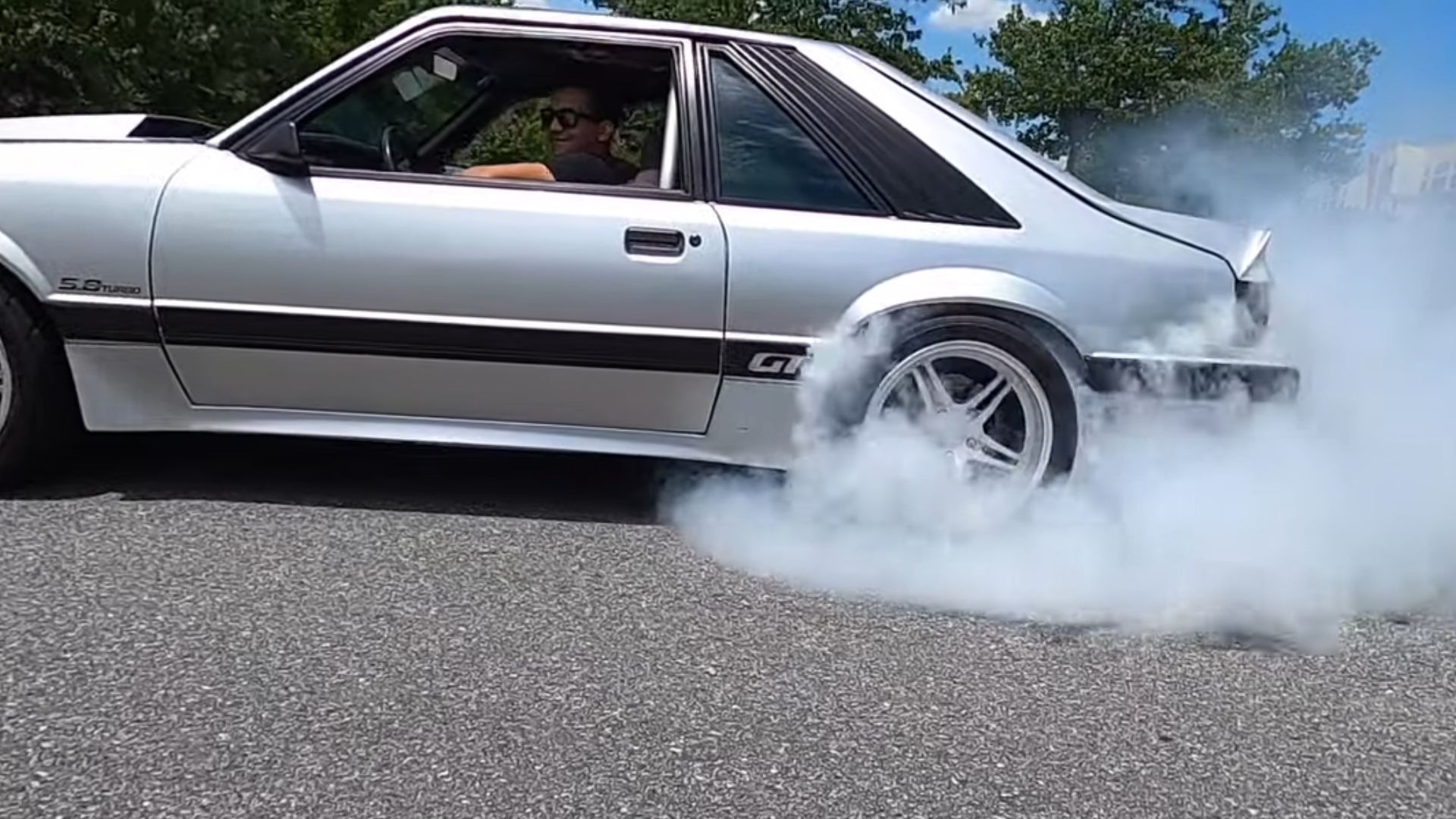 Fox Body Mustangs seem to be particularly controversial among enthusiasts. While many find them to be a bright spot in a largely dull car scene in the 1980s, others think they’re ugly and long overstayed their time in the Ford lineup. We don’t expect those in the latter camp will be much impressed by this turbocharged 1984 ‘Stang even though it pushes a mighty 800-horsepower and that’s okay because the world of automotive enthusiasm is big enough for all kinds of tastes.

Brought to us by YouTuber GearHead704, this Fox Body is one bad pony. As you can guess just from the power output, this Mustang is far from factory spec. In fact, it started out life as a lowly four-cylinder car but now has a 5.8-liter V8 with a Borg Warner S480 bolted up. The owner used a 357ci small block Ford V8 for this project, adding aftermarket internals and about 18 lbs. of boost.

For those who think this is a 1985 or 1986, the owner states in the interview he borrowed some of the looks from those model years since he likes them so much. He also took pieces from newer Mustangs to further customize the body.

Fortunately, it has a roll cage and harnesses for the driver and passenger, because depending on a three-point belt and the factory chassis and body to keep everything together would be pretty foolish. The owner upgraded the suspension and brakes to further balance out the power.

If you’ll look closely in the video during the walkaround at the beginning, there’s some nice tire shrapnel clinging to the rockers at the rear. The owner obviously loves to burn some rubber in this muscle car and who can blame him?