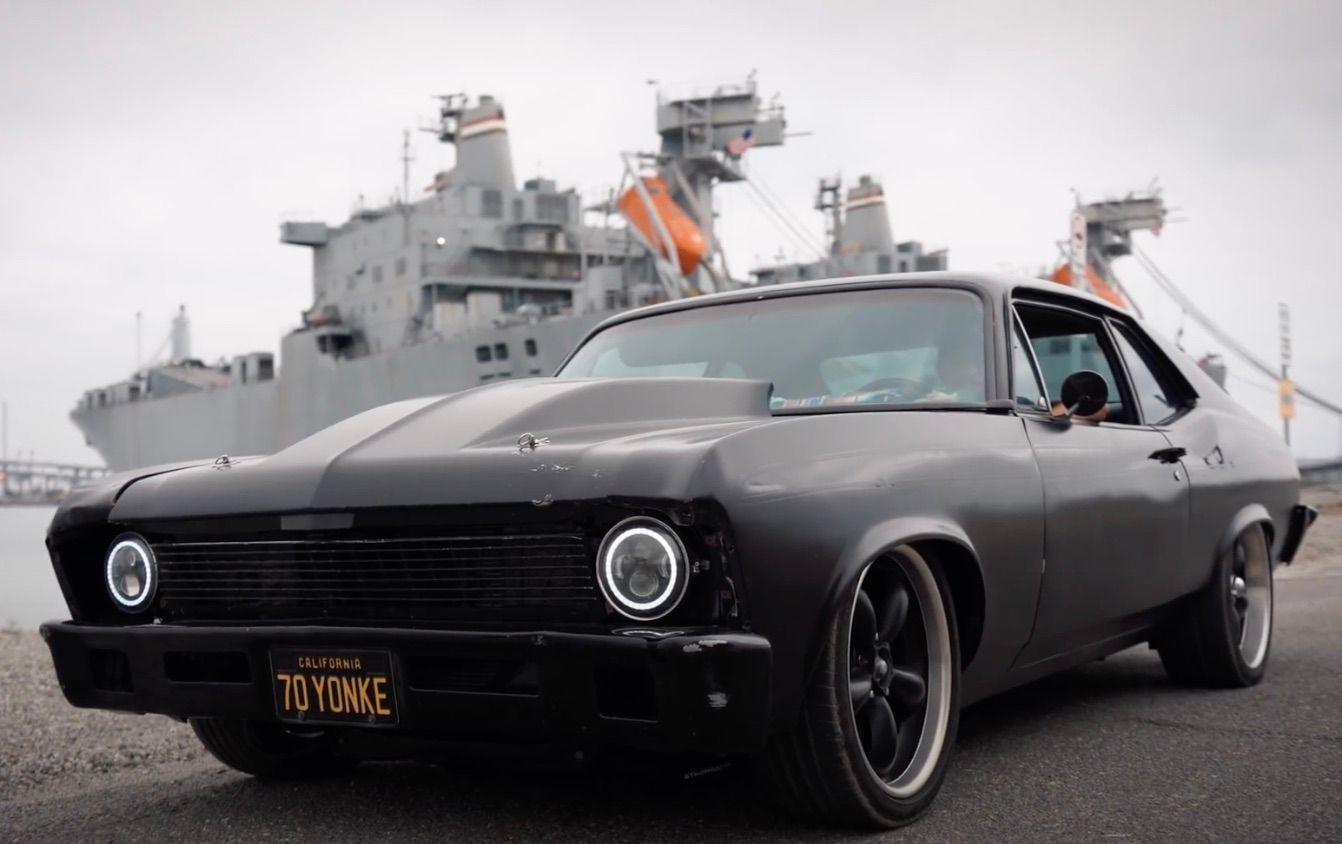 This bad Nova has a great backstory!

As far as muscle cars go it's pretty hard to go wrong with a classic Chevy Nova. Nothing beats the vintage styling, various engine options, and popularity within the classic car community presented by these fantastic automobiles. That rolling body line that seems to give the appearance of a shark on the hunt speaks to many people. So it should come as no surprise that the Chevrolet Nova platform is an extremely popular selection for project cars. Even as the years have gone by, these cars have remained in the spotlight. This is possibly best shown through one build. This is Alfredo Agular’s 1970 Chevy Nova.

Under the hood is an LS engine, this motor was acquired after a friend got into an accident that totaled his 2003 Chevy Tahoe. This was awesome news for the young Alfredo who had always heard that LS engines were both powerful and reliable if you took care of them. The car itself was also sourced from a local buddy who happened to also be into cars. Originally the car had drum brakes all around, this was not going to fly for Alfredo so he switched it out for discs on all sides. Finally under the car is a full RideTech suspension system which gives the car a much lower stance and fits perfectly with the large wheels.

This beautiful black beast was not created to show off the builder’s skill, or run the fastest quarter-mile, or even attract fellow car enthusiasts. Rather, it was made to show people who might have similar aspirations that it can be done. This car stands as a testament to what you can do if you put your mind to it. According to Alfredo, he didn't know a lot about cars before he got the Nova. Anytime he needed help he asked one of his brothers for advice or did research on his own. It's a great message and we hope he continues to teach his ideas to the world.