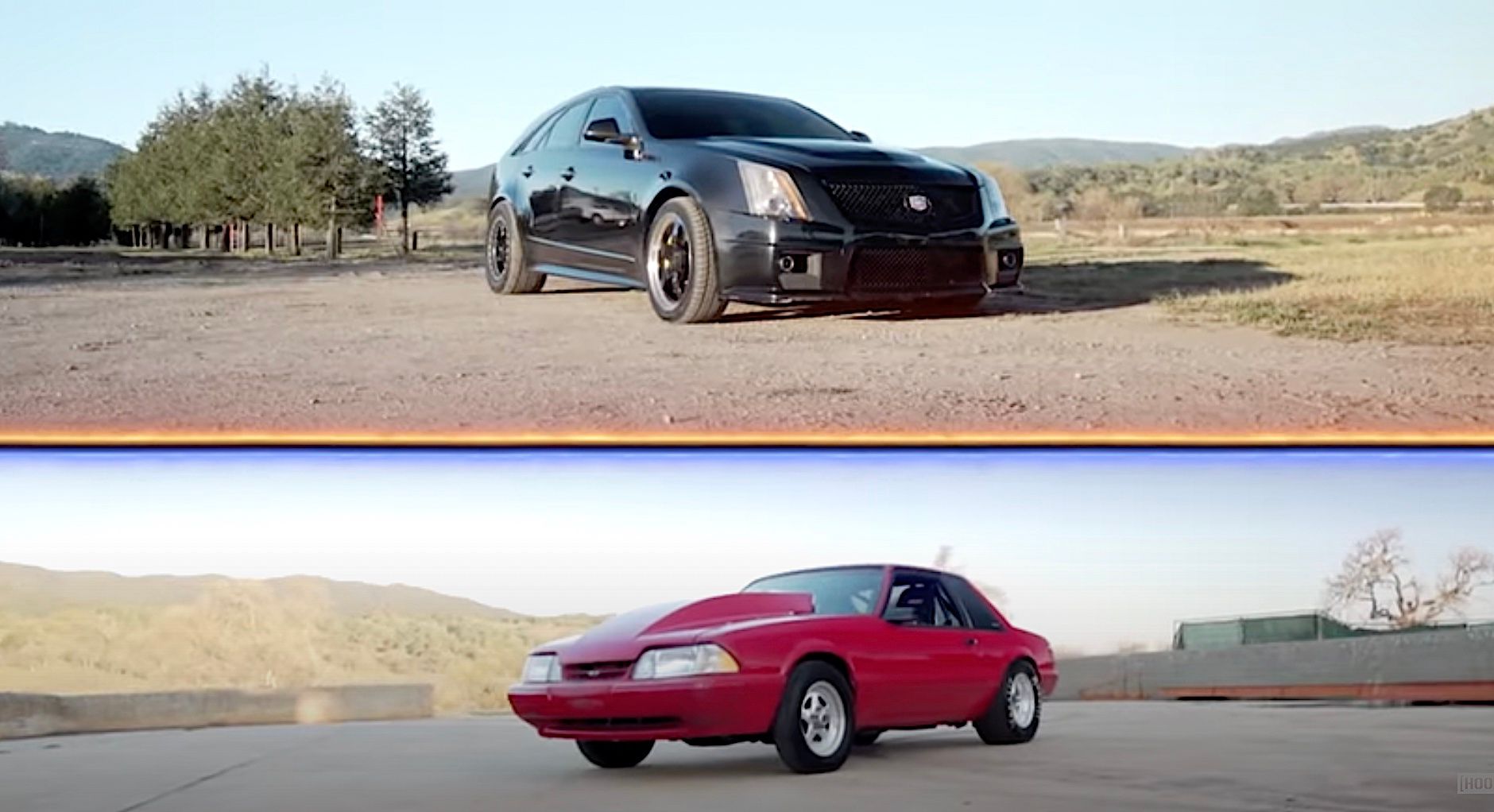 These fierce competitors are sure to show us who the big dog is in this fight.

For a while now, two different cars seem almost opposite to one another but still take center stage in many automotive discussions. One of these vehicles is a slightly goofy-looking bundle of fun with some modification and many tuning. While the other is a refined performance-based luxury car with a passion for beating Camaros and Corvettes at the drag strip. The Former may not come with much power from the factory, but it can make serious numbers. However, the latter is the pinnacle of American automotive performance, sporting a supercharged V8 engine from the factory. You may be thinking of something like a Hellcat or even a Viper, but that couldn't be farther from it. Here's a wicked battle between two heavily modified racers that you may not expect, a Mustang vs. a Cadillac.

Under the hood of the first competitor is a massive stock-stroke LSA V8 engine which sports a supercharger, bi-fuel injectors, and an E85 tune to produce over 800 horsepower and torque. Inside, you'll find a very classy Alcantara and leather seating arrangement, reflecting the best performance automotive interiors. According to the owner, the suspension is ultimately stock, while the manual transmission came from a wrecked donor car he used for this stolen/recovered racer. The competitor of this classy automobile has got to be the direct opposite of everything for which it stands, as it is a Fox Body Mustang.

Under the hood of this tiny car is a substantial Ford 351 small-block which was stroked out to a whopping 400 cubic inches. Along with the massive displacement, a carburetor sits on top of the block, which helps the vehicle to achieve an impressive 500-wheel horsepower. All of that power is handled by an estimated curb weight of around 3,000lbs compared to the 4,300lbs of the Cadillac CTS-V Wagon. This translated into a win in the first race, but the FoxBody jumped off the line too soon, earning a red light.

Eventually, the second and third races were agreed upon, in which the CTS-V would have a slight lead from the start as well as the hit. Unlike some other racers we've seen, neither of the competitors seemed interested in a roll race. Much of this is likely due to the nature of roll races as a method of recovering traction, of which both of these cars have plenty. When the smoke cleared, the second race went to the CTS-V, and the third was also taken by the Cadillac. We suppose the Cadillac needed some revenge on the Fox Body as it jumped off the line too soon though it still won the race. When all was said and done, the Cadillac CTS-V Wagon was able to take the win with its screaming supercharger spinning the tires in a boastful display of excellence!