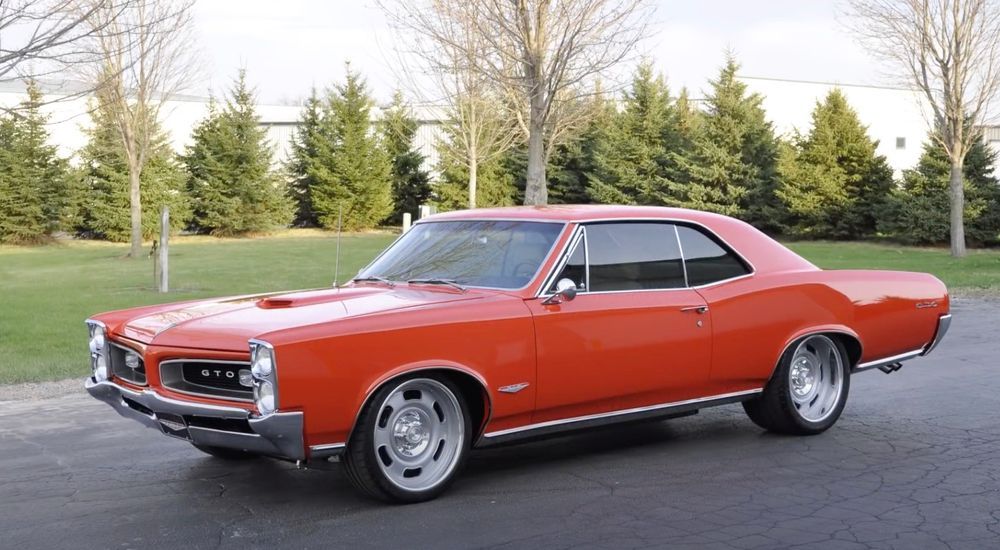 America's favorite muscle car gets returned to its glory days.

The Pontiac GTO, widely regarded as the first true muscle car ever produced. Having been originally produced from 1964-1967, the first generation GTO quickly became an instant GM classic. Featuring a gigantic 389ci V8 which pushed out an incredible 360 horsepower. This was more than enough to put a smile on the faces of every car enthusiast lucky enough to drive one of these monsters. With this high prestige comes extreme popularity within the automotive world. Unfortunately, this means that good examples of these beautiful machines are very difficult to come by. This leaves only one option for anyone looking to have some fun in one of these 57-year-old vehicles, restoration.

That is exactly what the minds behind this detailed build set out to do. The car in question is a 1966 Pontiac GTO. While, in the beginning, the car doesn't look like much it is quickly restored to its former road-worthy glory as one of America’s dominating forces on the street. Originally the car should have sported a 389 ci V8. However, before the restoration, the car was little more than a rolling shell of a vehicle. It would appear that this car needed a lot of work.

Without much hesitation, the team at the Hand Built Cars Youtube channel got to work rebuilding this classic legend. The chassis was upgraded by Schwartz Performance, this was especially necessary due to the old age of the vehicle. That reinforcement was backed by a Baer six-piston brake system and RideTech suspension. Of course, the original engine was an absolute must whose power is then transferred through a five-speed transmission. The exhaust system and air intake system were custom-made to allow the engine to reach its full potential. This incredible car finally gets to relive the good old days of smokey burnouts and straight-line speed.