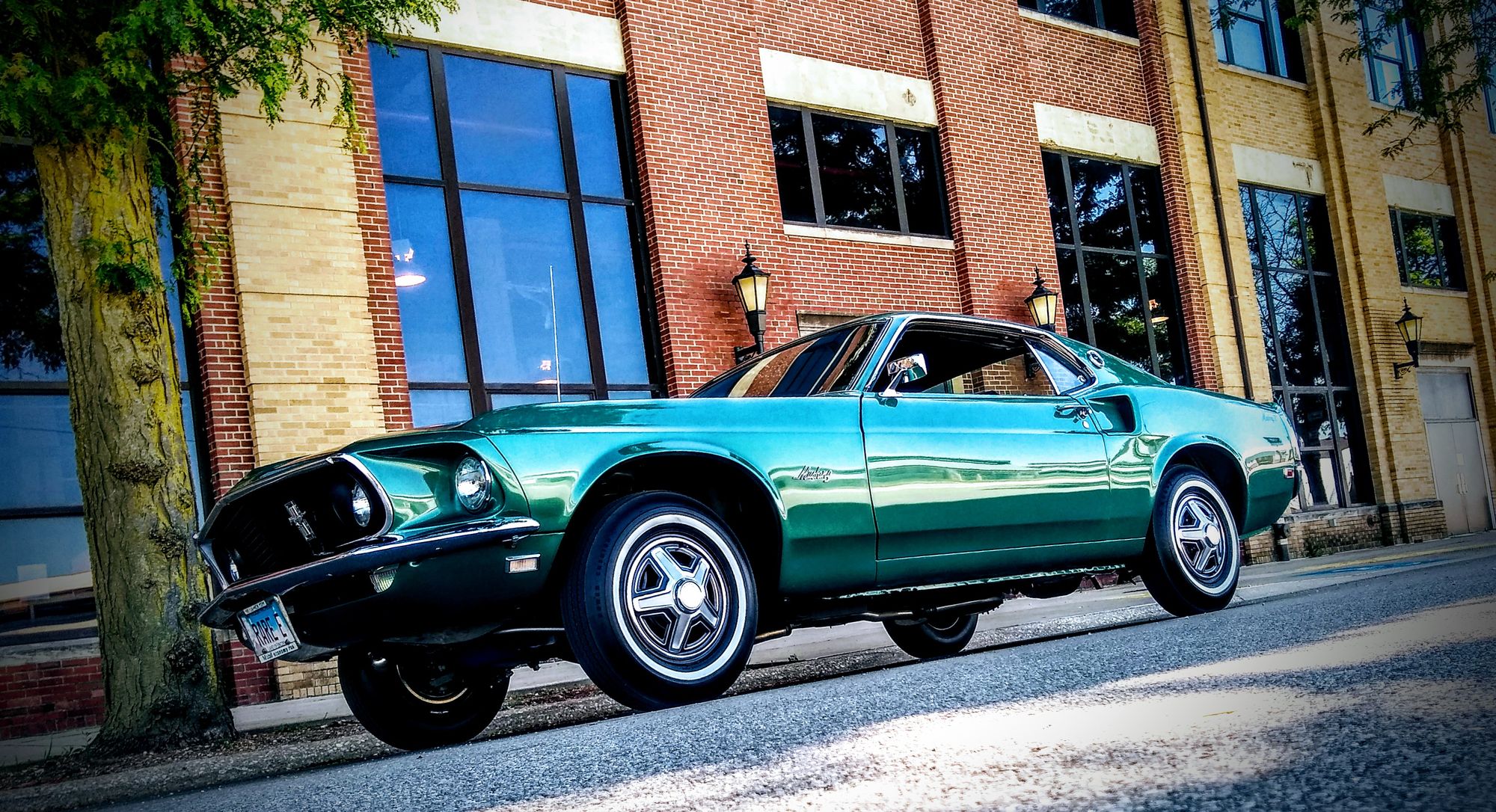 This 1969 Mustang was designed by Ford to offer better fuel economy.

The Ford Mustang, largely regarded as America’s first pony car, has made a name for itself as the nation’s premium performance car and a symbol for the American youth. Combining everything that made the light, nimble, European, sports car great with the powerful American V8s which accompanied virtually every muscle car of the era. This bred a completely new beast deemed the pony car which was essentially a smaller, faster, and overall nimbler muscle car. The aforementioned has led many to follow the Mustang quite religiously and open doors to all sorts of subsections of the Mustang lover’s community. The love of Mustangs was exactly what led to this perfect restoration by two people who were so in love with the car that they sacrificed their dreams of a V8 to retain the history.

The car in question is a 1969 Ford Mustang E. Most people in the car community, and even the Mustang-specific communities, have no idea what that means. Of course, this was also the case for the builders as they didn't even know that the car was an E until they started to research the door sticker. As soon as they knew what they had, Tim and Barb Wise went to work on a six-year-long restoration project which entailed virtually completely rebuilding the six-cylinder Mustang.

Of course, under the hood is that six-cylinder however it isn't the normal straight-six you might find in a base model Mustang. This was a 250 ci six-cylinder which was connected to a set of 2.33 gears and given to only 96 cars. Originally the car was created to run the cross-country Mobilgas Economy Run which was unfortunately canceled for 1969. Having never been run again, this ‘69 Mustang E is one of just 96 cars which makes it one of the rarest ‘Stangs in existence. Of course, this all came as a bit of a shock because neither of them knew what a Mustang E even was at the time.

As much as they both wanted to put a gigantic V8 engine under the hood, the reality of their situation became clear. They had an extremely rare car on their hands and they had a responsibility to keep that history alive. No matter if it had six, eight, or 23 cylinders it was still a Mustang and it deserved to be given the respect that it has earned.