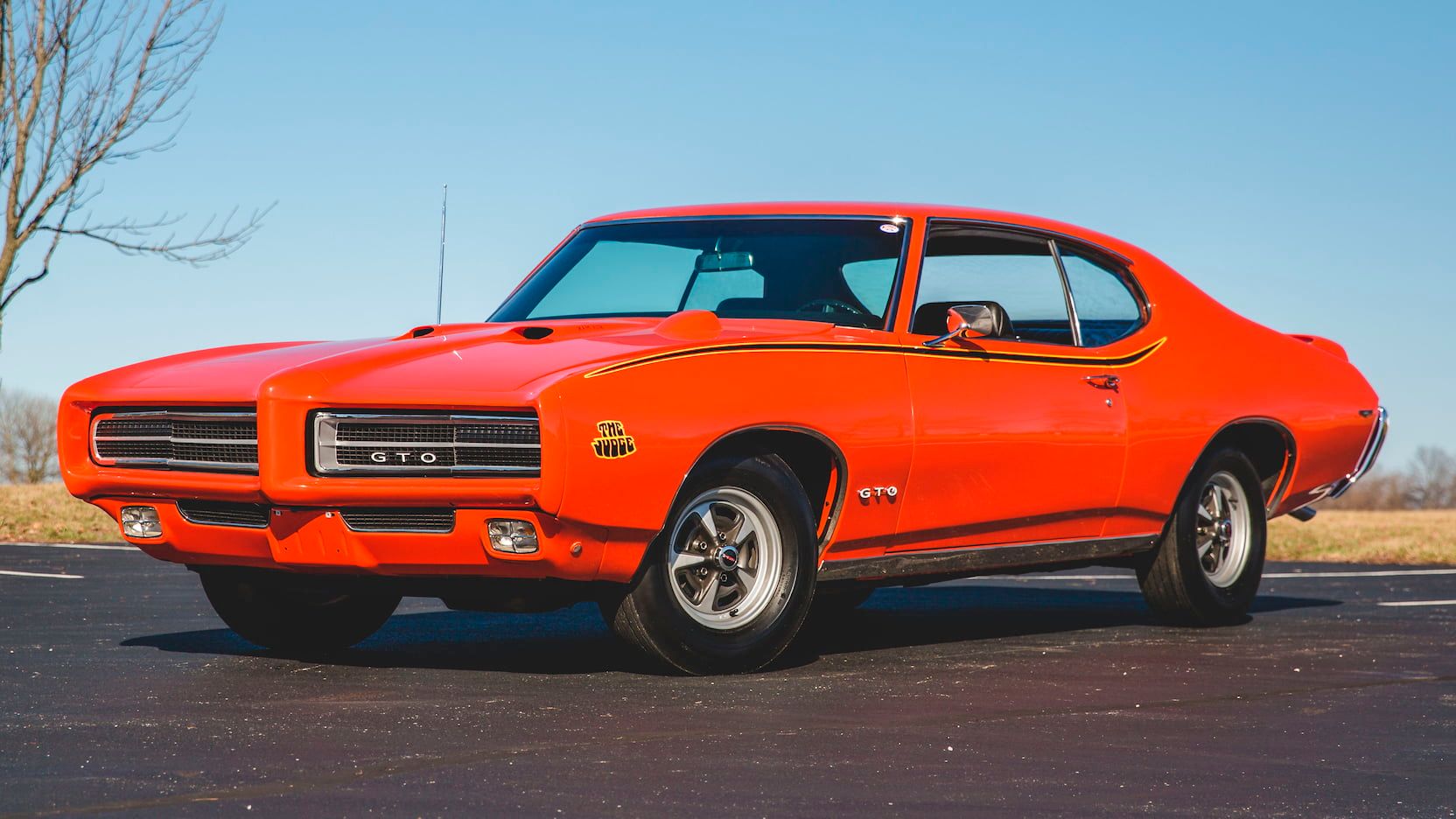 All rise for the Judge.

Gran Turismo Omologato, or GTO, is a name that inspires images of pure muscle car dominance on the roads of America. Even bigger than the GTO name alone, arguably, would be the calling of 'The Judge' - a nickname adopted from the “Here Comes the Judge” made famous by Sammy Davis Jr. on the popular comedy television show Rowan & Martin’s Laugh-In.

Read about the history of the muscle car here.

The original run of the Pontiac GTO was produced from 1964 to 1974, as an aggressive performance car, with big displacement engines, and unforgettable body-lines. Pontiac intended The Judge to be a more affordable competitor of the Plymouth Road Runner, but ended up making it slightly more expensive than the Mopar.

To celebrate this amazing GTO variant, here are a few grab bag facts that make the Judge awesome.

Initially Only Available In Carousel Red

When you conjure images of The Judge, you're probably picturing one in Carousel Red - other than being striking in this color, it was originally the only color you could get one in. Although the color is called red, most would argue that the famous paint color is a deep orange. After the first thousand cars were made, the GTO was given more color options, but the original is still the most highly coveted.

Convertibles Are The Rarer Version

Back in the 1960s and 1970s, demand for convertible body styles was way down. Gone were the days of dreamy cruises with your sweetheart with the top down in your Tri-Five. This was the main driver of lack of higher production of convertible models, but those low production numbers make cars more desirable today. Since only 108 convertibles were made under the name in 1969, the convertible Judge is the rarest of the trim.

1971 Was Another Rare Circumstance

The 1969 year saw the highest production numbers of The Judge, and the 1971, the last year of the trim, was the lowest production year with only 374 of the cars sold. This is one case, however, when low-production does not necessarily mean more desirability in the collector car market; the 1969 is still the king, and the face-lifted later models seem to have turned more buyers away.

Hurst T-Handle's Were A Staple

It was pretty common to see the Hurst T-Handle shifter on many American muscle cars, and The Judge carried that along. The cars came standard with a three-speed manual transmission, and the T-Handle made sure everyone knew it.

The Judge Logo Was Inspired By Carter's Ink Typography

The hearty logo for The Judge is iconically perfect for the era it was made. Logo designer William Porter drew his inspiration for The Judge logo from a magazine ad showing Carter's India Ink. Porter never specified which ad kicked off his creativity, we're sure glad he saw it!