6 Of The Coolest Hugger Orange Muscle Cars That Actually Exist 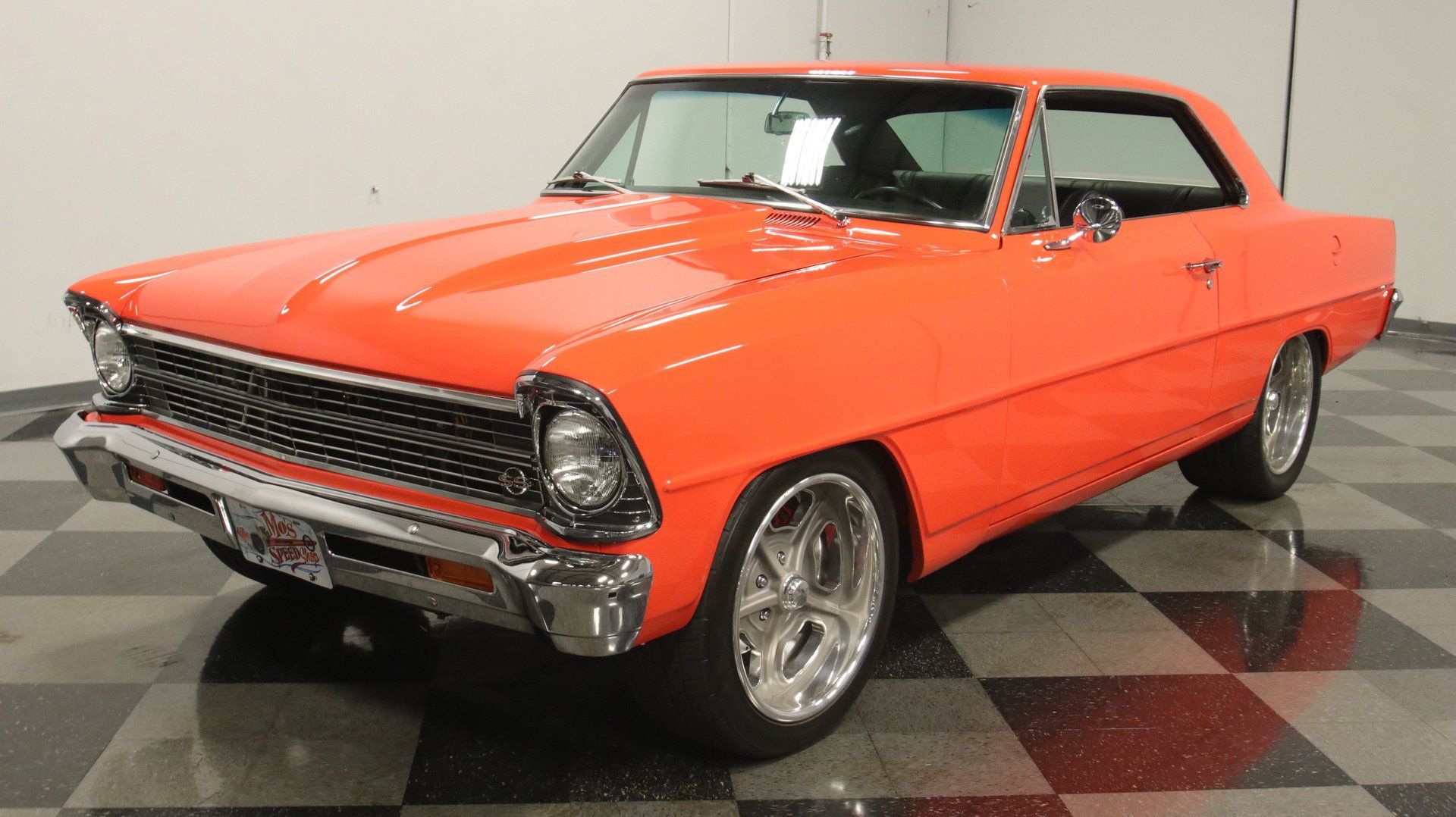 These will get you in the Halloween spirit!

When you think of true orange color, Hugger Orange is as pure of the color as you can find. GM introduced the Hugger Orange (72) paint as their version of the orange found on race cars during the 1960s and 1970s. Many GM muscle cars sported the color, and it’s a very distinctive color due to its lack of metallic flecks. Here are some of the coolest muscle cars that sport the iconic color.

See more of the most impressive restomod builds here.

Have you ever gone to a theme park and gotten on a roller coaster that went from zero to infinity in the blink of an eye? If it's something you wish you had in a classic, stylish, high horsepower collectible muscle car - then you have found your dream ride! With a Blueprint 632ci crate motor with over 815HP, it will not just blow the tires off, but looks good while doing it. In 1969 there was no fuel injection technology, but here is just that - and this Camaro is definitely enjoying the ease of starting. The notorious 5 speed manual Tremec transmission will allow you to not only cruise down the highway at 70mph, but let you down shift and put the pedal to the metal, unleashing the most beautiful exhaust note to be heard inside and out.

In 1968, the 442 became an official Oldsmobile model. Previously an option package for the Cutlass model, the 442 became synonymous with performance. 4-4-2s, originally representing 4-barrel carburetor, four-speed transmission and dual exhaust, were built for sheer performance and luxury. 1970 was the pinnacle year for Oldsmobile in terms of performance engineering. The horsepower arms race was at its peak in America and Oldsmobile was not going to be outdone. It's success in the race was confirmed as the 442 was chosen as the pace car for the Indianapolis 500 in 1970. This 1970 442 is the result of an outstanding frame-off restoration.

This 1967 Chevrolet Nova Restomod is a fully upgraded classic muscle car. It has the awesomely sleek finish of a show-ready muscle machine, and there's a fuel-injected LS power, upgraded suspension, and four-wheel disc brakes to back up those looks. You get to enjoy it all from a full custom interior. This bold paint is also the kickoff to fully amp up the aggressive features. There's a big cowl hood up front, wide/bright chrome bumpers, and the clean body lines show off the classic kick-up in the rear fenders. and plenty of upgraded SS badging. Plus, the 18-inch salt flat style wheels can't help but announce this is something special.

Don Yenko was in the high-performance Camaro business the old-fashioned wayhe bought stock automobiles and modified them. But in 1969 Yenko used his clout with GM to subvert the Central Office Production Order system to his advantage. The result was a line of factory-built 427 Camaros and 427-powered Chevelle sister cars. Yenko added black or white vinyl side and hood graphics headrests with the SYC logo Yenko emblems on the fenders and taillamp panel and offered accessories like a Stewart Warner 970 transistorized tachometer (some later cars used the factory in-dash tach) with accessory water temperature oil pressure and amp gauges; optional cast 15x6 Atlas wheels or exhaust headers.The stuff that came from GM in the Central Office Production Order Camaro package (and the Chevelle) was stout to say the least. Under the cowl induction hood was a 427 engine rated at 425hp by GM or 450hp by Yenko.

This 1968 Chevrolet El Camino has an aggressive color and an aggressive fuel-injected small block. But everything from the custom/comfy A/C interior to the four-wheel disc brakes lets you know that the investments here go beyond intimidation and make for a terrific all-around driving classic. Hugger Orange is an aggressive Chevy color that we always love to see. Since it's a modern application, this one takes a commanding color and gives it a luster that loves to shine.

In 1964, Chevrolet launched the Chevelle, a model that would become one of the brand's most successful nameplates in its history. Released as an attempt to meet rising demand for smaller vehicles, Chevrolet offered the Chevelle in several body styles and appointments. Most notably, the Super Sport, or SS, trim level, was Chevrolet entry into the muscle car segment. Billed as "America's most popular mid-size car", the 1969 Chevelle received a revised front and rear end. Revisions included a single chrome bar connected quad headlights, a revised front grill, slotted bumper (to accommodate parking lights), and larger, more vertical, tail lights. The SS 396 was no longer a trim level of its own but instead an option, at a cost of $347.60. This '69 Chevelle is the result of a fantastic frame-off restoration. Painted in it's original factory color of Hugger Orange with black interior, it is an iconic Chevelle.