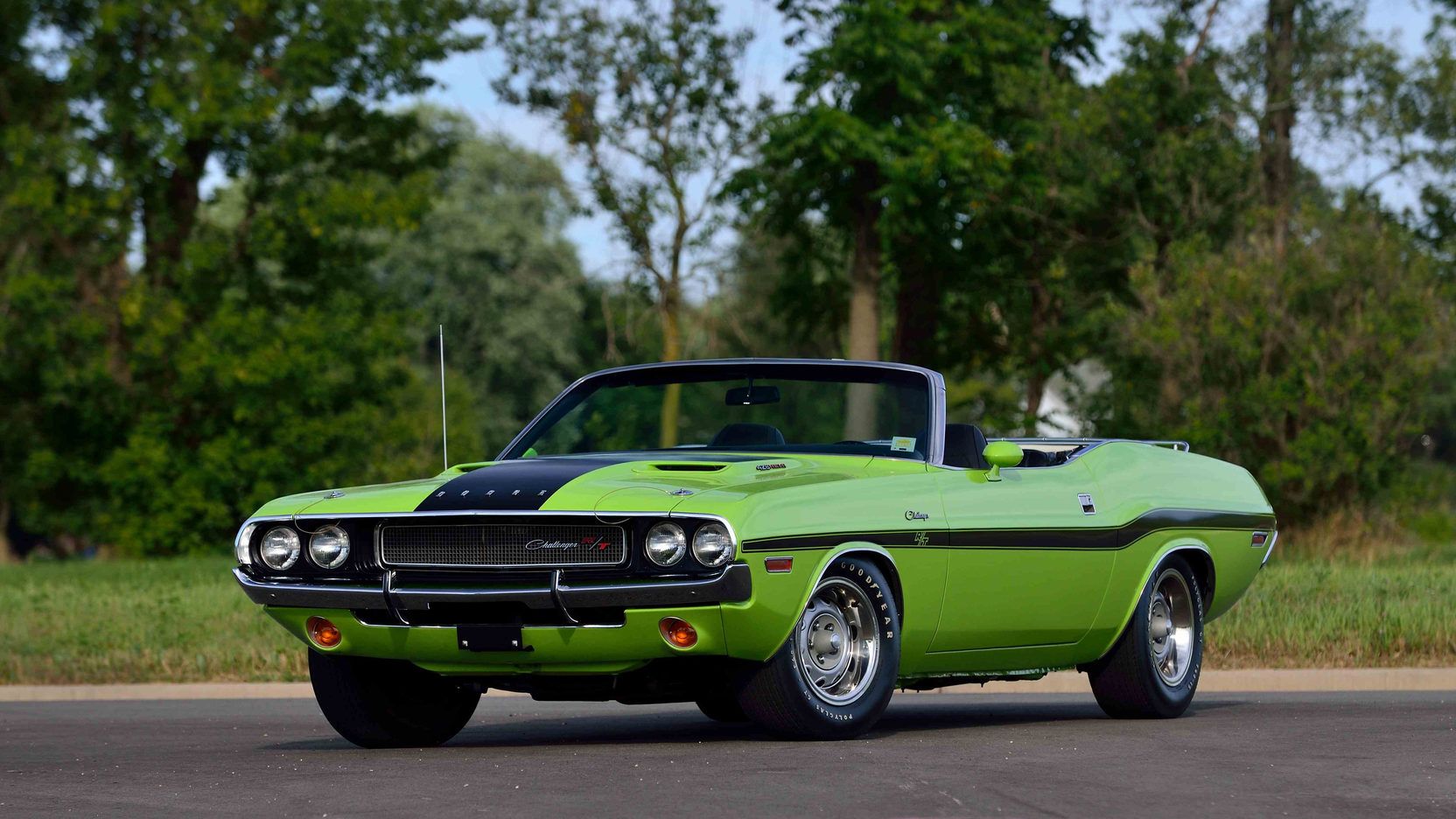 From classic muscle to modern powerhouses, you can't go wrong with any of these incredible Mopars.

Two legendary muscle cars offered by Dodge, the Challenger and Charger were first introduced to the world for the 1966 and 1970 model years, respectively. Dodge still offers these two popular models decades later, and throughout its life in many different trims. Some were rowdy road models while others were barely street-legal. Check out the limited-production and special editions of the Charger and Challenger cars.

Back in February of 2005, a limited-production Dodge Charger was unveiled at Daytona International Speedway during Speedweek. Fans waited impatiently for the Charger's return to NASCAR Nextel Cup racing. Clad in a bright paint in either Metallic Orange or Top Banana with unique black Daytona and Hemi decals, the 2006 Dodge Charger Daytona R/T featured special badging, a black trunk lid spoiler, a black honeycomb grille, and a unique front fascia and chin spoiler.

For the 2009 model year, the Dodge Challenger R/T Classic was introduced, which was reminiscent of its classic years but given modern styling and engineering. A new 5.7-liter Hemi V8 engine was tucked under the hood and backed by a Tremec 6-speed manual transmission. Drivers had world-class handling at their fingertips along with tight turning and easy steering. Other features included the full independent sport-tuned suspension, dual exhaust, and alloy wheels wrapped with high-performance rubber.

For the 1971 model year, Dodge offered plenty of Charger variants to choose from. One could opt for the base model, hardtop, 500, SE, R/T, and Super Bee. Only 22 Charger Super Bees were powered by a 426-cubic-inch Hemi V8 engine, and that number is narrowed down to 13 when paired with an automatic transmission.

Here we have the 2020 Dodge Challenger Drag Pack, a modern Mopar equipped with drag strip-specific upgrades. Given an updated engine for the 2020 year, the Drag Pak is NHRA and NMCA certified for competition. Under the hood is a supercharged 5.8-liter engine capable of over 1,000-horsepower that replaces the previous naturally aspirated 7.0-liter Hemi V8.

The 1969 Dodge Charger 500 Hemi could reach a top speed of 172 mph thanks to engineers making it more aerodynamic by adding a flush-mounted rear window over the recessed back and a Coronet grille to the nose to keep the car planted to the ground.

Only 392 examples of the '69 Dodge Charger 500 were built this way in compliance with NASCAR qualification rules. Even more rare are the 120 units powered by a 426-cubic-inch HEMI engine. The old-school Charger 500 proved successful on the high oval banks of NASCAR in 1969 as it claimed a recorded 18 wins.

With inspiration pulled from the Dodge Demon, the new 2021 Charger SRT Hellcat Redeye is an incredibly fast and powerful sedan that is perfect for the car enthusiast with a family to haul around.

With the Charger's wide-body style making it look aggressive, its bite matches its bark. This four-door performance sedan generates 797-horsepower and 707 lb/ft of torque allowing it to rocket from 0 to 60 mph in the mid-three-second range, and nab a top speed of 203 miles per hour.

Another Mopar that is worthy of the special edition list is the 1970 Dodge Challenger T/A. Offered in both convertible and hardtop versions, this old-school muscle Mopar shares the Chrysler E-body platform with the third-generation Plymouth Barracuda.

Unveiled in the fall of 1969, this Challenger was offered in different trims such as the base model, the SE (Special Edition), R/T (Road/Track), and T/A (Trans/Am). This marks the first initial racing year for the '70 Challenger.

Not many people will be graced by the presence of the rare 1970 Dodge Challenger R/T Hemi Convertible considering just 9 were built for the model year. Created to rival the Pontiac Firebird and Mercury Cougar, the '70 Challenger R/T Hemi Convertible was one of two cars to sit atop Chrysler's E-body platform. The car was also available as a hardtop.

For the 1969 model year, the Dodge Charger Daytona was created to compete in the world of NASCAR. With a massive wing out back, the car looked like a Charger that was ready to take flight. After its last race in Charlotte in 1970, the Charger Daytona was retired as a race car, but varying engine options were available during its production run.

And that sums up our list of special edition Challengers and Chargers to ever roll off Dodge's assembly line in the Motor City. From classic muscle to new-school powerhouses, you can't go wrong with any of these amazing Mopar models.

One of the great things about newer restomods is that they make no bones about what they are to the general public. Some in the past have tried to conceal the car’s performance with stock-looking designs and keeping the original lighting. However, for the most part, the car’s we’ve seen from channels like Autotopia LA in the past few years are all proud of their mixture of modern and classic and wear it like a badge on their exteriors. This particular vehicle is a great example of what makes these incredible restomods so appealing to the newest generation of car enthusiasts.

There are some pretty impressive hand-built vehicles out there that you might not expect to have come from an enthusiast rather than a shop. Showing off this passionate display of dedication is one very recognizable 1965 Ford Mustang. Lets just say, to call this car original would be a disservice to the hard work that went into every little detail of the build process. Clearly this was a car built with love and as the engine roars like a lion for its kill we can also notice the great performance that lies beneath the hood.