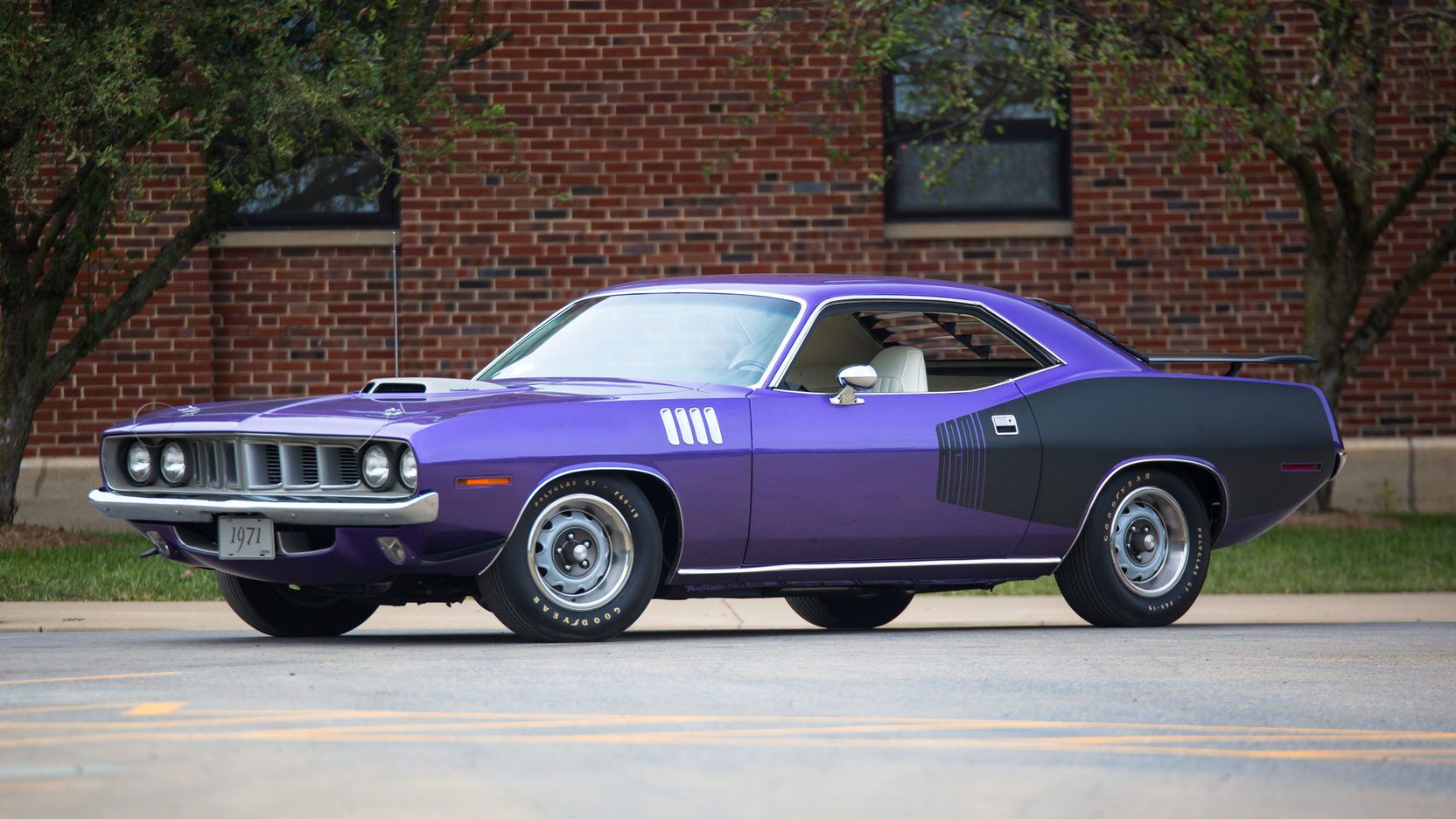 Put these at the top of your muscle car wishlist.

Check out 6 of the coolest Hugger Orange muscle cars ever made here.

Let’s go ahead and address the elephant in the room, or large fish. Nothing has come close to touching the popularity of the Plymouth ‘Cuda. While there are some rare examples that flow through the web of the limited run from 1969 to 1974, and it’s one of the most talked about models when people are hoping for a comeback. With Dodge killing the Hellcats, it would be very surprising for that to happen, so the Cuda will likely exist in the way we know it, pretty much the perfect muscle car.

If you didn’t expect to see an Olds on this list, you’re about to have your mind blown. The Rocket 88, debuting in 1949, is often regarded as the very first muscle car. It was a light bodied car, built from the Olds 76, with a high-compression overhead valve V8 engine - checking all of the boxes.

From the oldest to the newest, the Challenger Hellcat is one of the purest forms of modern muscle on the market. One could also argue that the 392 Scat Packs also fall into this category. Funny enough, the Challengers weren't regarded as muscle cars during their first years, but with the massive power figures they come with today, they check the box better than most anything on the market. It's a wonder why Dodge has officially put out the cancel call.

Another debate we have around the office is if the Camaros were muscle cars, to which I take the side of, sometimes. While we always catagorize them as such now, but they don't always meet the creteria. When options with a 396 cubic inch engine, the 1967 Camaro RS/SS checks the boxes, and deserves a spot on this list. Same can be said with other pony cars, Mustang, Firebird, etc. during different renditions.

Speaking of General Motors, this is one car no one would argue against being on this list. Most people cast aside the Olds 88 as the first car and put the GTO in its place as being the first muscle car, and we won't squabble too much with you if that's what you believe. Another one in the pocket of the moniker is that it had one of the only, successful modern comebacks as a muscle car, since the Challenger didn't actually start out that way. Bonus points for the Judge!

These are just some of the coolest muscle cars, tune back in when we explore 5 more!

How Much Power Does The Hennessey Venom 1200 Really Make?

Ford had a dream over 60 years ago when they first began production on the Mustang. With a small body, lightweight frame, and great engine options, it’s easy to see that dream revolves primarily around performance. Fast forwarding to today, these cars are some of the most violently powerful automobiles on the market. Especially when discussing the GT500, it’s easy to get pretty heated about the cars. However, Hennessey has a Mustang that blows all of the competition out of the water.

The Ford Mustang was America’s first pony car, a smaller and more affordable alternative to the muscle cars of the time. Since the initial release, the Mustang has been the best-selling sports car in America for most years. Ford makes a point of being a driving force for innovation within the car community. This is highly relevant in the case of the Mustang, as virtually every performance car made after the year 1965 was a response to the Mustang. One car in particular that catches the attention of lovers of all things speed is the Fox Body Mustang which combines the power and handling of Ford’s premium pony car with the style of a sleek hatchback or small economy coupe.

In 1965 Ford had a dream, a dream of making automotive history and cultivating a fan base unlike any other in the industry. The brand already had a great muscle car in the Mustang so it was time to take things up a notch. Long story short, they went out and did exactly what they set out to do. This particular car guy picked up exactly what Ford was laying down and eventually made his very own unique custom classic capable of beating any new model on the road in a race.