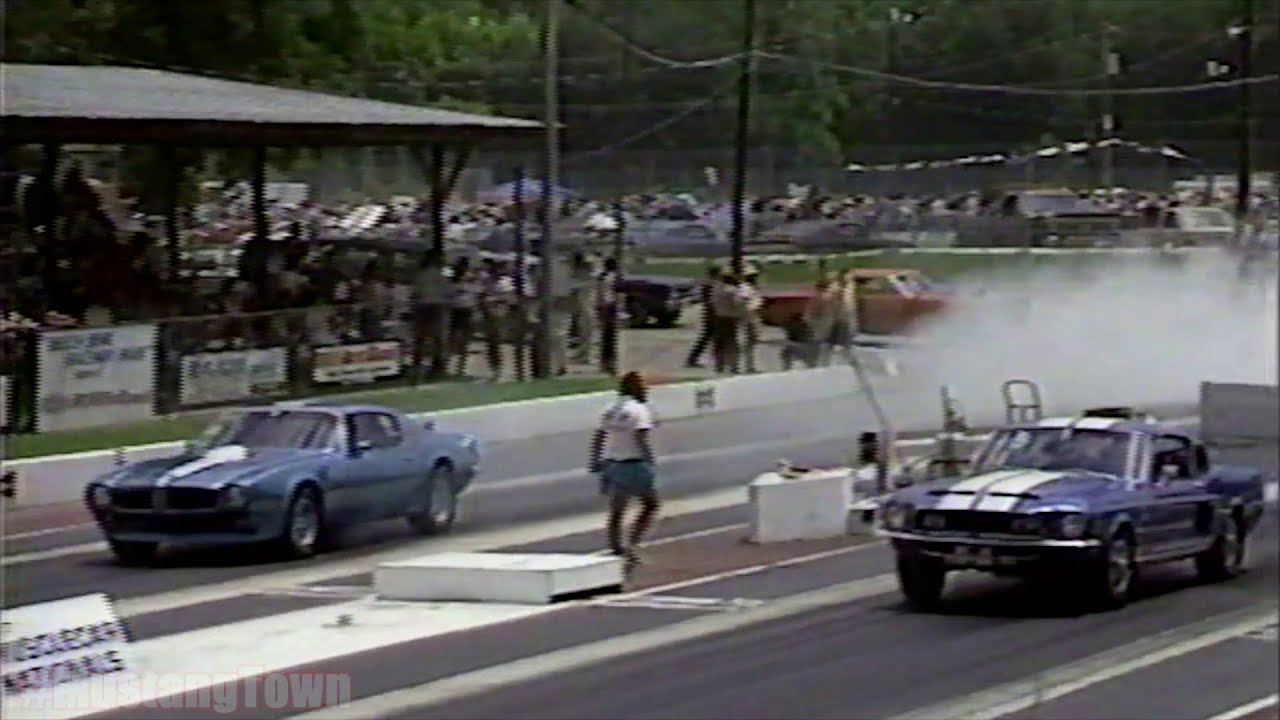 These hard hitting pony cars are out for each other’s blood.

The 1980s were a great time for automotive enthusiasts because of the easy access to drag strips and an abundance of freshly made used muscle cars ready for a new owner to get behind the steering wheel. These incredibly popular V8-powered beasts included the Camaro, Charger, Challenger, and Corvette. However, two pony cars wore the race-car look far better than anything else you could find at the track. Those models were the iconic Ford Mustang and the Pontiac Firebird Trans Am, which both had a reputation for high-speed antics back in their day. Someone recently found footage detailing two examples of these influential legends racing in their prime in an ultimate battle of lightweight design and sheer speed.

Though the images may be extraordinarily pixelated and the audio quality pretty much what you would expect from 1980, this incredible film shows the vicious battle of two rivals destined for the quarter-mile. Under the hood of the Trans Am was the legendary 455 ci Pontiac big-block V8 engine, which was capable of putting out a whopping 335 horsepower and 480 ft/lbs of torque. The Mustang was, in actuality, a GT500 that came from the Shelby American shop with 355 horsepower and 420 ft/lbs of torque. Based on numbers alone, it's hard to say who would win this showdown, but it should be known that the 'Stang is far lighter than the Trans Am, so the odds may be tilted in Ford's favor.

As the green light flashed, both cars took off in a fiery cloud of tire smoke and dust, racing down the track as if life depended on it. The Mustang took the lead initially with its lighter frame and high horsepower V8; it seemed that the stiff chassis beast might win this. However, the Trans Am quickly uses its extra torque to pull off an incredible 14.27-second quarter-mile time. The Mustang was defeated as it ran a 14.28-second pass which was just a .01 second lead in favor of the Pontiac. The cars are so similar in horsepower and torque figures that this race came down to driver ability and how the vehicles use their power.

Mopar has produced some of the nation's classic cars that captured the eyes and hearts of automotive enthusiasts everywhere. These vehicles have impressed millions, from Super Bees to Satellites, with their dedicated performance engineering and unbeatable style. However, just like an automobile, they only made so many cars back in the '60s and '70s, meaning that even few exist today. This is a problem for automotive enthusiasts like us as not everyone has +$100k to spend on a restored or original example. However, one guy managed to find a pair of famously good-looking Mopar muscle cars which will likely become the world's next resto-mods.

Wicked stance, wide Mickey Thompson rubbers wrapped around massive  20×15 American Legend wheels, and a roll cage jump out to onlookers as a  warning that this Galaxie is no ordinary full-size Ford from the ‘60s. Built by the guys at Bones Fab, this monster was profiled on AutotopiaLA, and it's the thing (street) dreams are made of – with tons of power at its dispose. No one is safe.