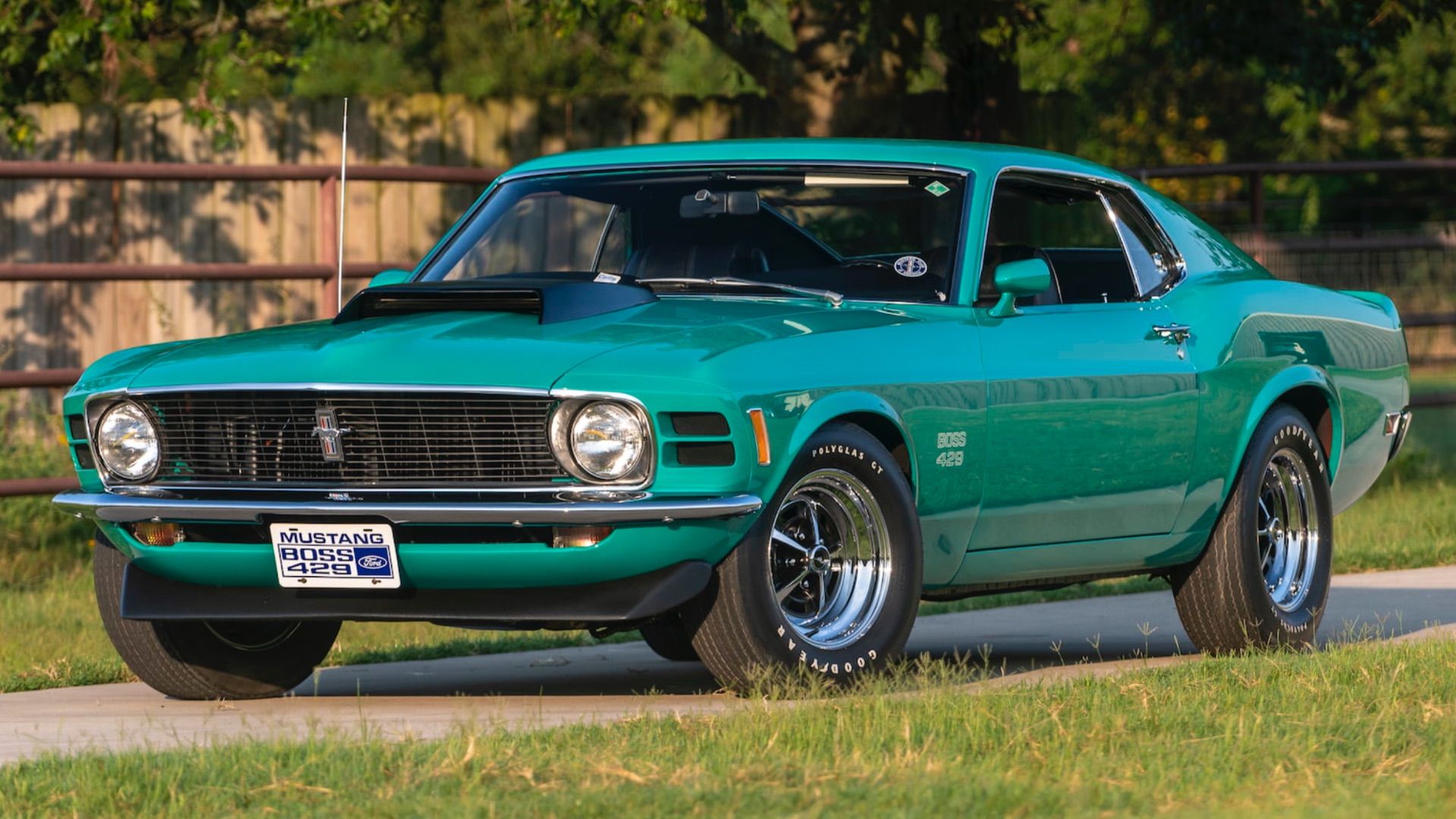 This Ford Mustang is headlining the upcoming Mecum auction.

What is there to say that hasn't already been said about the mighty Boss 429 Mustang? Its legendary status is entirely justified – it held the title as the biggest, baddest Mustang around for decades.

Even now, it's one of those cars that is spoken up in reverent tones whenever the subject of muscle cars is brought up for discussion. In fact, it's nearly impossible to find a clickbait "Top 10 Muscle Cars" list that doesn't include the Boss 429 Mustang.

We've always found it interesting that the Boss 429 Mustangs were among the most subdued-looking Mustangs of their era, despite the potent powerplant under the hood. The 1969 Mustang Boss 429 seen here is one of just 857 built in 1969. See it here.

Huge Barn Find Is A Treasure In Disguise

American classic cars are top-rated within the vintage vehicle community, focusing on power and performance over mere style and prestige. Ironically enough, there isn't anything more iconic and attention-grabbing than the design of a classic Hemi ''Cuda, Firebird, or Camaro. This has made these cars subject to many members of the car community dreaming of one day owning one of the aforementioned American beasts. Unfortunately, most of these incredible vehicles came from half a century or more ago means that their numbers are dwindling. This brings forth the goal of classic car collectors such as this one, protecting and restoring the beautiful cars that brought so many smiles to car enthusiasts everywhere.